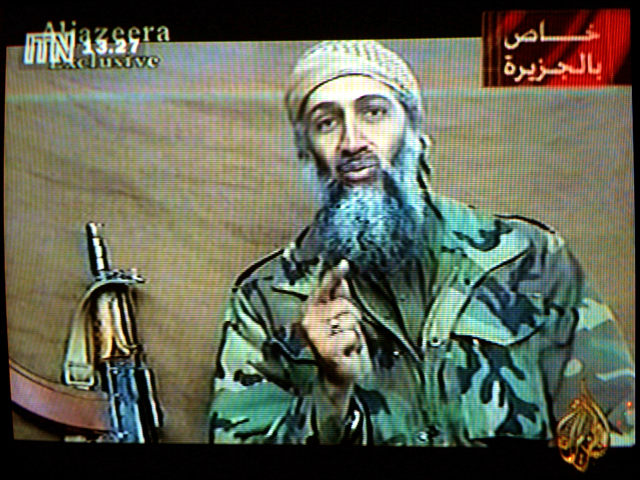 The London spokesman of Osama bin Laden is to be allowed back into Britain, having completed his terrorism sentences in the United States.

60-year-old Adel Abdel Bary, or Bari, an Egyptian national who was given asylum in Britain in the 1990s with the help of Amnesty International, will be released from federal prison in the U.S. in the coming weeks.

He was granted early release on compassionate grounds due to the coronavirus pandemic, according to The Times — as an older and excessively fat man he is considered at-risk.

Bary had been serving time for his role in the infamous U.S. embassy bombing in Kenya and Tanzania, which left hundreds dead and thousands wounded.

The Times reports that government ministers are “urgently reviewing the situation” and “All options remain on the table” — for example, simply requesting that the Americans keep Bary.

This is a proposal which the newspaper confirms, perhaps unsurprisingly, the Americans are “unlikely” to accept.

“This is not someone who will simply just be walking the streets of Britain again,” a Whitehall source tried to assure the newspaper.

“We are very alive to the risk involved in his potential return,” they added.

They also conceded, however, that the jihadist could not be subjected to a Terrorism Prevention and Investigation Measures (TPIM) notice, which would restrict his movements, or a temporary exclusion order to keep him out of the country — because his sentence has already been served.

Moreover, even with the most stringent observation, the government cannot really guarantee the public’s safety, given convicted terrorists under active surveillance have successfully carried out attacks in Britain before.

Bary is a wanted man in Egypt, where he has been sentenced to death in absentia for his part in a plot to blow up a public market, but it is all but guaranteed that the British government will not extradite him to his native country, due to domestic and European laws which insist the British must take it upon themselves to shelter foreign terrorists who face the death penalty in the homelands.

His son, Abdel-Majed Abdel, is also a terrorist, having given up a rapping “career” in London to enlist with jihadists in Syria, where he was seen posing with a severed head in a social media post.

Abdel was arrested in Spain earlier this year.

Suspected UK Terrorist Was Released From Prison Early and Known to MI5 https://t.co/PAyryduNnH