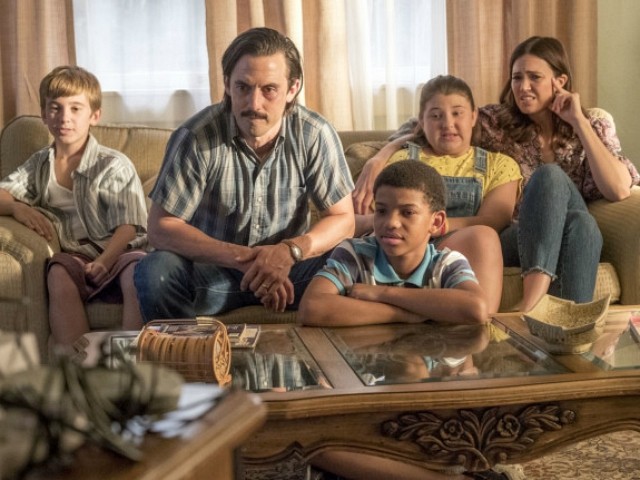 Dan Fogelman, creator of NBC’s hit drama This Is Us, says it was important that the network push the season 5 premiere up so audiences could see the Black Lies Matter and coronavirus themes he had “woven” into the show before the Election day.

The season 5 opener and its first few episodes will reportedly focus on the hurtful words delivered during last season’s finale between the Pearson brothers, Kevin (Justin Hartley) and Randall (Sterling K. Brown). But during Friday’s panel discussion about the upcoming season, Fogelman said that he also shoved political charged themes into the first episode and wanted it aired ahead of the 2020 presidential election, Variety reported.

Fogelman insisted that he made a “conscious decision” to add the coronavirus and Black Lives Matter themes that he said are “woven into the show.”

Sterling K. Brown’s character — a black man who was raised by a white family — will have a Black Lives Matter epiphany in the first few episodes, the producers and stars noted during the panel. The cast hinted that Randall would be forced to deliver “the talk” about race in America to his young black children.

Fogelman added that “it felt almost irresponsible not to take on the moment” not to push the BLM agenda and then demand that the network air the season opener two weeks earlier than planned and less than a week before Election Day. Still, Fogelman exclaimed that the show is “apolitical.”

“We don’t speak of Democrat or Republican or you-know-who on the show,” Fogelman said during the discussion, adding, “our choice has always been to be apolitical.”

Fogelman also made the claim that there was no “agenda” to pushing the premiere ahead of Election Day. He said they just wanted to cover things that are “difficult and then hopeful. It felt important to us to put it on TV now with no agenda other than that.”