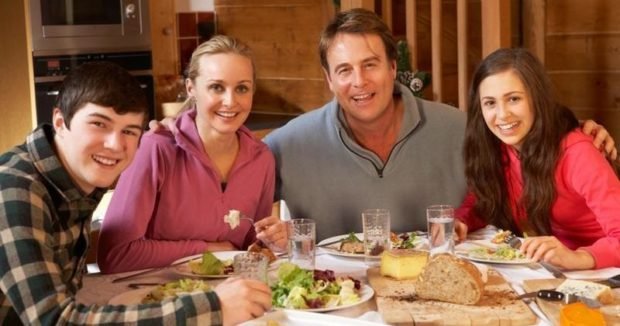 Next week there will be a mass exodus of college students heading home for the Thanksgiving holiday. They are our sons and daughters, brothers and sisters, friends, and cousins. Many of them will have endured three months of leftist indoctrination in the faux-reality that is academia. The Left tends to disparage our country and its history, paint a rosy picture of socialism/communism, and demonize anyone who dares to disagree. We should expect that such an approach has probably been applied to the still-developing minds of those returning young scholars we love so dearly. They will have likely been exposed to seemingly credible professors and various well-meaning student activists shouting propaganda at them at every turn. For those of us who’ve had the good fortune not to have been subjected to such abuse during this time, we may have an opportunity to at least partially re-establish the truth as we welcome them home.

College kids have a lot on their minds while at school. “Where is my next class, when is Mom going to Venmo that money, and which party should I go to on Friday night?” So, when a student hears a lecture describing socialism as the governmental version of Robin Hood, they may nod along agreeably without thinking to challenge the idea. Perhaps the indigo-haired occupant in the adjacent dorm room disingenuously describes Antifa as just a bunch of fun-loving, peaceful anti-fascists. So when your student who’s studying Chemistry, and only remembers that fascism is bad, hears that neighbor discussing the topic, his arguments might make some sense. And the word “woke” is synonymous with “enlightened,” or so it would seem, and for a typical college student aspiring for knowledge, enlightenment is the noblest of goals. So, by that logic, who doesn’t want to be woke?

If your son comes home with a tattoo of a quote from Karl Marx’s Communist Manifesto, or if your sister arrives wearing a Che Guevara t-shirt and talking about switching her major to Medieval Dance Theory, the situation may be dire and require drastic measures. If those are the circumstances, consider locking him/her in a room while blasting episodes of Mark Levin podcasts for hours on end. It is more likely, however, that if such brainwashing has been attempted on your student, the evidence will be much more subtle.

Based on personal experience, one of the indications of college kids being infected with leftism may be a sudden shift in opinion regarding the student’s family and their values; depending on the level of infection. They may accuse their family of being ignorant to the plight of the less-fortunate, apparently forgetting all of the work you’d done with them while volunteering in your community over the years. They may argue that you’re indifferent to the struggles of minorities, and are in fact oblivious to the evils of systemic racism, while simultaneously being unable to cite a single example of a law or policy to support their assertion.

The best approach here is to proceed calmly and remind them of what it was they truly left behind when they went off seeking wisdom at the end of the summer. The family, and perhaps community, they left:

There are countless other topics to cover, so plug them in as you see fit.

But most of all, remind your returning student that we can have discussions about cultural and political issues without questioning each other’s character, and without injecting hate into the debate. So much of the turmoil we’ve seen around the country recently has been based in hate, and most of it has come from the Left. They can put up all of the lawn signs they want that read, “Hate Has No Home Here,” and they can cover their cars in bumper stickers pleading “Tolerance” and “Coexist.” But the recent insanity we’ve seen that is frequently referred to as Trump Derangement Syndrome isn’t rooted in tolerance or love, it’s based purely on hate. So take the high road, lower the temperature, and facilitate a thoughtful discussion.

As most would agree, deep-diving into political discussions around the holidays can be treacherous, to say the least. One minute you’re talking about the virtues of the Electoral College compared to the Popular Vote, and moments later drumsticks and gravy boats are flying across the dining room. But a strong case can be made that avoidance of such discussions has actually been a prime contributor to the intolerance we see with our current political discourse. People seem not to know how to talk about politics anymore, and every debate and every topic is personal. Just because we reject Joe Biden’s promise to repeal President Trump’s tax cuts doesn’t mean we hate Democrats. And just because our favorite college student thinks the U.S. Senate is a remnant of American slavery doesn’t mean they hate our country.

For those of us with a loved one returning from college, there is one thing we can be almost certain of – they will be coming home with more passionate opinions on a variety of topics, particularly regarding culture and politics. Some of us will no doubt be lucky and discover that our student has retained the conservative values and beliefs that he/she left with, or perhaps even shifted further to the right. But for many of us, unfortunately, those students will come back with a much more left-wing view of the world. We should keep intensity out of the discussions, but we should certainly look to have those discussions when appropriate, and in an appropriate manner. Many of them have been bombarded with leftist tripe for months, and level-setting would be ideal, but do so gently and lead by example.