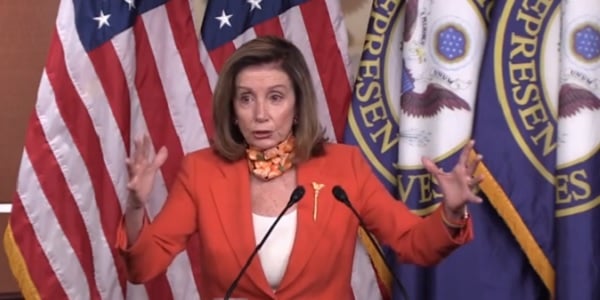 Politico reports that Pelosi, who was recently reelected as Speaker, made the comment during a call with House Democratic leadership, according to multiple sources. The Speaker’s press office did not respond to Politico or Business Insider’s requests for comment.

Trump has continued to claim he won the recent election despite mainstream news networks calling the race for Democrat Joe Biden weeks ago, and the president’s numerous legal efforts to overturn Biden’s seemingly insurmountable lead in both the popular vote and Electoral College have been unsuccessful.