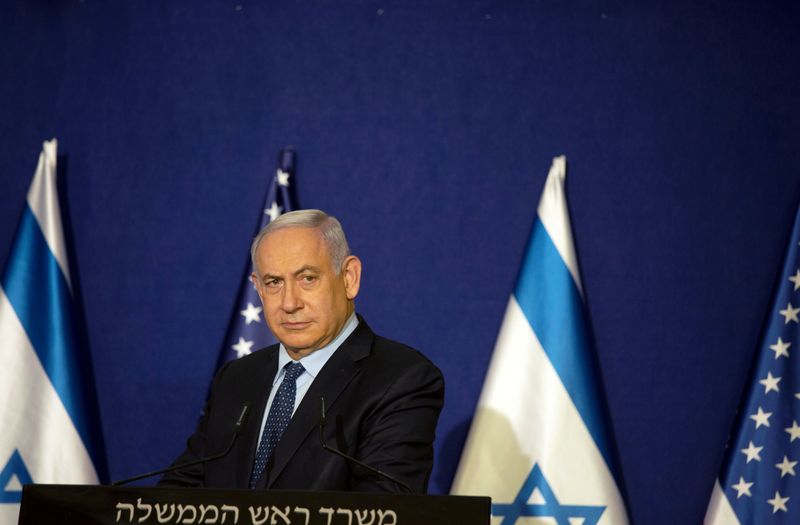 JERUSALEM (Reuters) – Israeli Prime Minister Benjamin Netanyahu, in an apparent message to U.S. President-elect Joe Biden, said on Sunday there should be no return to the 2015 Iran nuclear deal abandoned by President Donald Trump.

Biden, who takes office on Jan. 20, has said he would rejoin the accord if Tehran first resumed strict compliance, and would work with allies “to strengthen and extend it, while more effectively pushing back against Iran’s other destabilising activities”.

The agreement, which world powers reached with Iran, sought to limit Tehran’s nuclear programme to prevent it from developing nuclear weapons in return for the easing of economic sanctions.

But the deal, abandoned by Trump in 2018, did not restrict Iran’s ballistic missile programme nor its support for militia in Iraq, Lebanon, Syria and Yemen, which Washington sees as destabilising to the Middle East.

“There must be no return to the previous nuclear agreement. We must stick to an uncompromising policy to ensure that Iran does not develop nuclear weapons,” Netanyahu said in a speech in southern Israel.

He did not mention Biden directly, but his comments were widely interpreted by Israeli media as a message to the incoming president not to bring the United States back into the agreement.

Netanyahu was a strong opponent of the 2015 accord, calling it a “very bad deal” in an address that year to the U.S. Congress that further strained his relationship with Trump’s Democratic predecessor Barack Obama.

European powers party to the agreement, along with Russia and China, have been trying to hold the deal together despite U.S. pressure for sweeping sanctions against Iran over breaches it declared in response to Washington’s pullout.

Iran denies that its atomic programme is aimed at developing weapons.